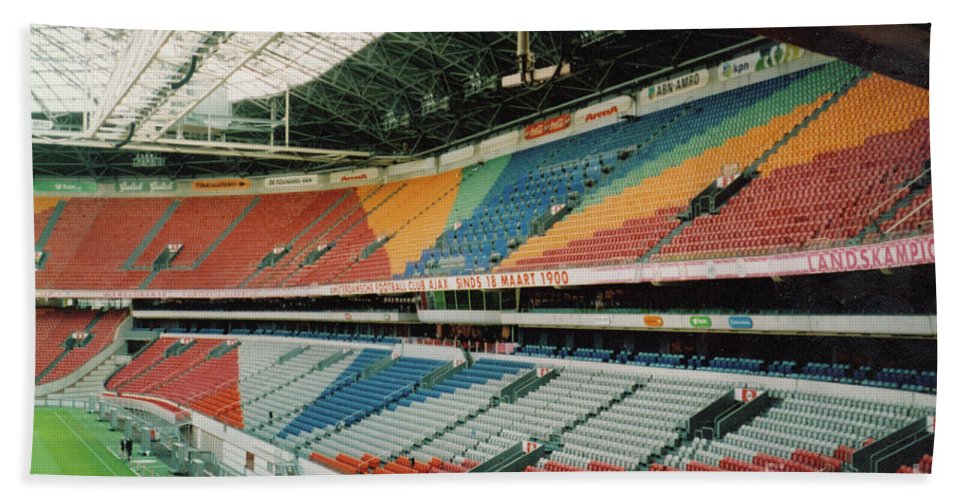 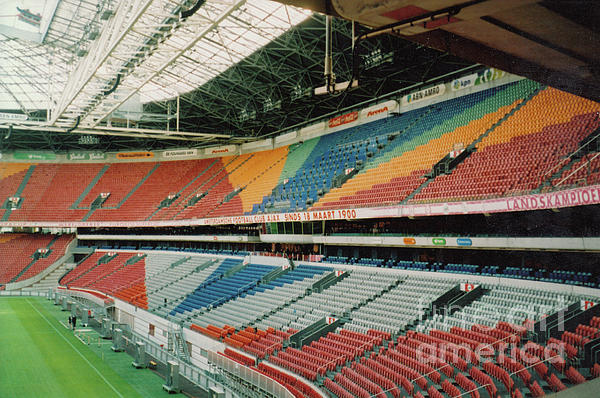 Decorate your bathroom and dry yourself off with our luxuriously soft bath towels and hand towels.   Our towels are made from brushed microfiber with a 100% cotton back for extra absorption.   The top of the towel has the image printed on it, and the back is white cotton.   Available in three different sizes: hand towel, bath towel, and bath sheet.

DeMeer Stadion was the primary home of AFC Ajax from 1934 until the final match at the ground on April 26th, 1996. The ground had a fantastic... more

DeMeer Stadion was the primary home of AFC Ajax from 1934 until the final match at the ground on April 26th, 1996. The ground had a fantastic atmosphere and capacity peaked at 29,500 but was reduced to 19,000 by the time of its closure. Even when capacity was at its peak the ground was too small for "big" matches and the club used the Amsterdam Olympic Stadium for a number of matches until 1996. The photos in our collection were taken prior to the final match at the ground and are a unique record of the day Ajax and their supporters said goodbye to the ground. Amsterdam Olympic Stadion was completed in time for the 1928 Olympic Games with a capacity of 31,600 spectators surrounding a banked cycling track, a running track and the athletic field. The stadium included the Marathon Tower that housed the Olympic Flame along with loudspeakers setup to broadcast event results. During the 1930's the stadium was expanded to 64,000 spectators. The stadium was under threat of demolition but was...