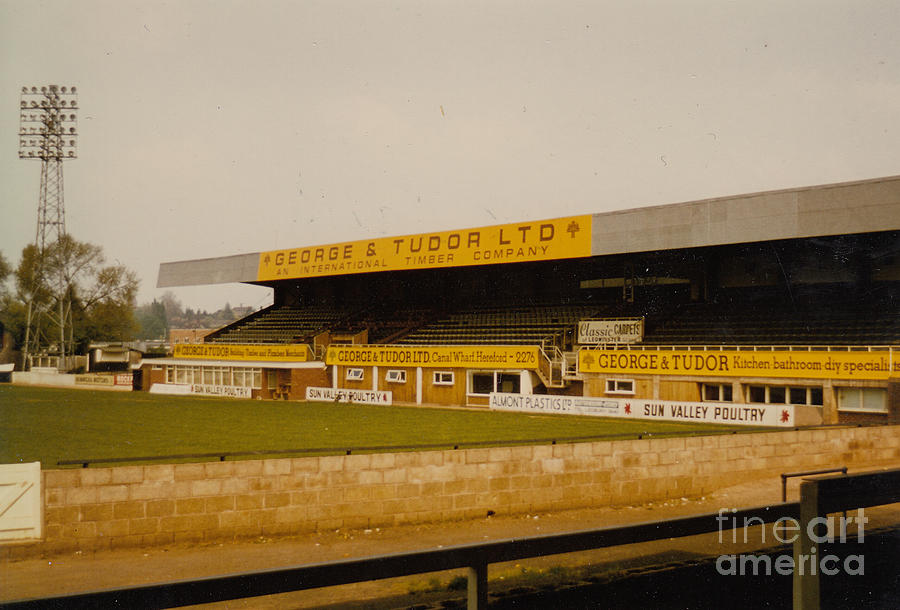 The opening date of the Edgar Street ground is unknown but Hereford United made it their home from their formation in 1924 until the club was dissolved in 2014. The ground is now home to Hereford FC playing in the Midland Football League Premier Division.

The ground was known for having a wide pitch for the era as well as a distinct slope towards the Meadow End. The last major redevelopment of the ground took place in the mid-1970’s following Hereford United’s election to the Football League in for the 1972-73 season.