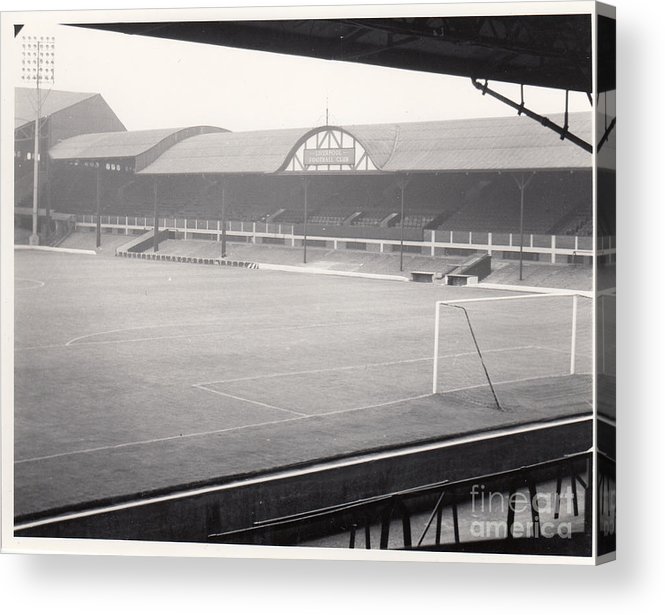 Liverpool - Anfield - Main Stand 1 - 1969 - Leitch acrylic print by Legendary Football Grounds.   Bring your artwork to life with the stylish lines and added depth of an acrylic print. Your image gets printed directly onto the back of a 1/4" thick sheet of clear acrylic. The high gloss of the acrylic sheet complements the rich colors of any image to produce stunning results. Two different mounting options are available, see below.

Anfield has hosted football since the ground was rented to Everton FC in 1884. Ground capacity in the early days was officially 20,000 spectators.... more

Congratulations on your sale!

Congratulations on your sale of this wonderful artwork! F/L

Well done on your recent sale.

Congratulation on sale announcement and great.

Anfield has hosted football since the ground was rented to Everton FC in 1884. Ground capacity in the early days was officially 20,000 spectators. Everton won the league championship in the 1890-91 season but efforts by the club to purchase the ground led to a dispute. The end result came quickly in 1892 when Everton FC moved to occupy a new ground at Mere Green field which became Goodison Park. The departure of Everton left John Houlding, the owner of Anfield, without a tenant for his ground. Liverpool FC was formed in 1892 after the FA wouldn’t allow them to name the club Everton Athletic. The club started in the Lancashire League but their application to join the Football League was accepted for the 1893-94 season when they joined Division Two. Famed engineer Archibald Leitch was hired in 1906 to design a new West Stand for the ground and move the existing stand to the the east side where it became the Kemlyn Road Stand. The new stand was the first in the UK to be constructed usin...