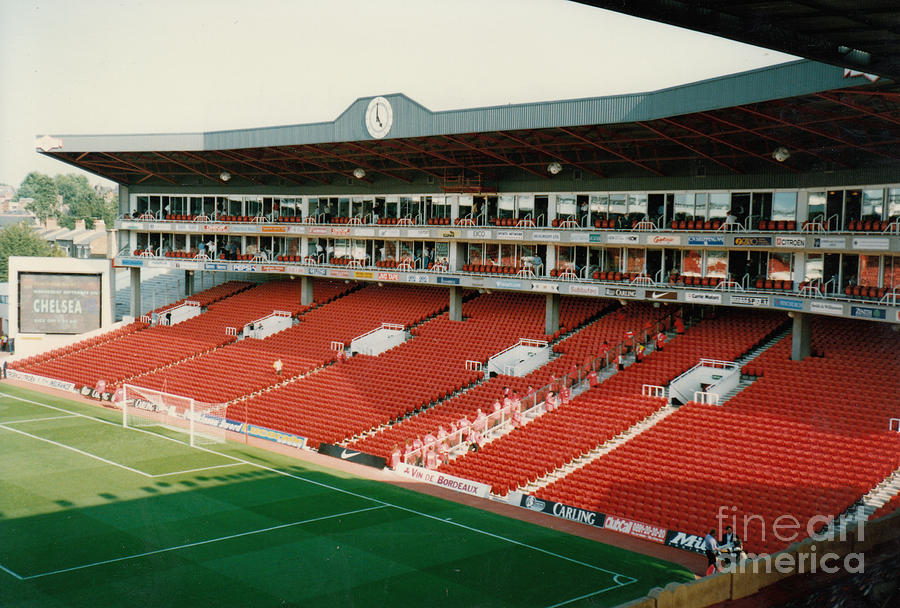 Arsenal moved to Highbury for the 1913-14 season, the ground had a grandstand on the east side and

terraced banking on the other three sides. The stadium was designed by Archibald Leitch who was one of

the leading engineers in the field. While some grounds designed by Leitch remain partially intact, such

as Villa Park in Birmingham, his original stand at Highbury was replaced in 1936 leaving no trace of his

former work except the banking for the North Bank & Clock End terraces.

Highbury and Arsenal played leading roles in the 1939 film The Arsenal Stadium Mystery.

Under the leadership of Herbert Chapman, manager from 1925-1934, the club had their first success at the

top level and in 1932 opened the West Stand. This Art Deco masterpiece had state of the art facilities

for the time as well as nice touches such as terrazzo floors and exquisite exterior detail. The new

completed as he passed away suddenly in January 1934.

Highbury was a regular neutral ground choice for the FA Cup semi-finals, hosting 12 between 1929 and

1997. The period from 1985 through to 1991 Highbury was banned from hosting FA Cup semi-final matches

because the club refused to put perimeter fencing in place between supporters and the pitch. Such

to play any wartime matches and post-war matches into 1946 at other London venues.

season was Highbury’s last. The stadium was a magical place, beautiful outside and in with an award